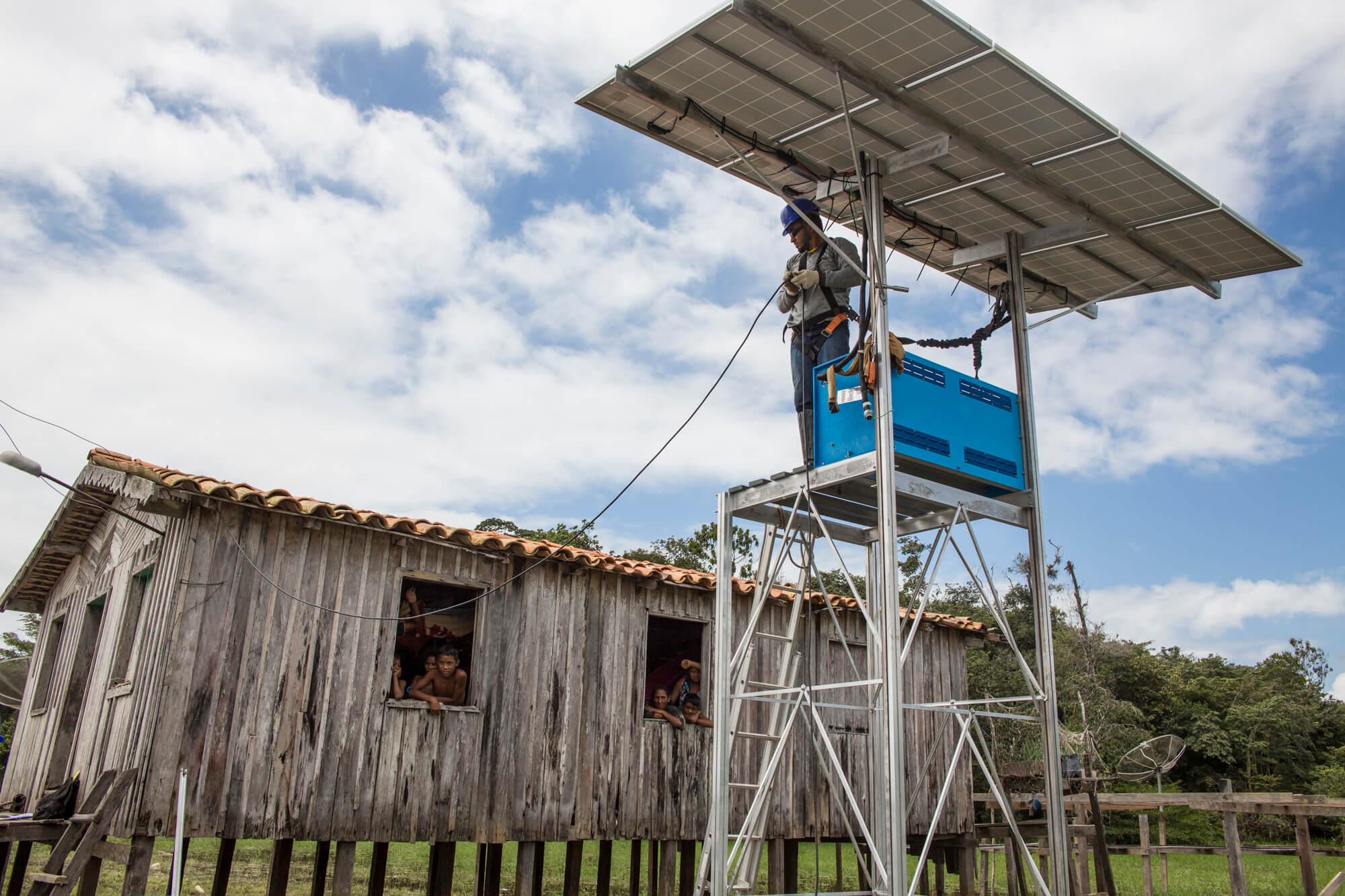 Located in the interior of the Amazon rainforest, the municipality of Porto de Moz, in Pará, is inhabited by an extractive community that uses resources taken from nature and agricultural production as its leading economic activities.

The construction and installation of solar panels, which started in October 2017, in addition to being a pioneer, is also the largest in Brazil in scale, installed power, and the number of people benefited.

The project is part of the Luz para Todos initiative, which aims to benefit residents who previously had no access to energy or were dependent on diesel generation.